Gascón’s reforms at odds with public safety and LA voters 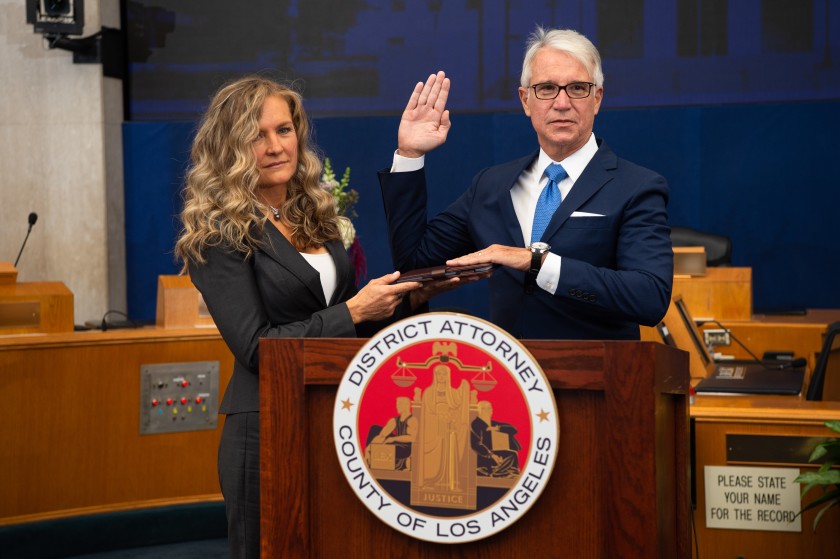 The arrogance of power reached new heights, or depths, in California on Monday. Newly elected Los Angeles County District Attorney George Gascón disregarded the just-declared will of the voters and announced that he personally is abolishing cash bail.

Moments after being sworn in, Gascón announced that he was eliminating cash bail for anyone charged with a misdemeanor or a “non-violent, non-serious” felony. He said anyone currently in jail who wouldn’t have had to pay cash bail under his new policy may seek release from jail immediately, and his office “will not contest their release.”

What makes this a specimen of arrogance is that L.A. County voters just voted specifically to retain the cash bail system. Proposition 25 on the Nov. 3 ballot was a referendum on a bail reform law passed by the Legislature. It would have replaced cash bail with a system of risk assessment on a case-by-case basis. The same voters who gave Gascón the job as D.A. said by a margin of 54.7% to 45.3% that they wanted cash bail to continue. The statewide vote was similar, 56.4% to 43.6%.

Proponents of Proposition 25 proposed a complex bail reform that included the use of computerized assessment tools to evaluate whether an arrested person posed a danger to public safety or was a “flight risk” who would not show up for a future court appearance.