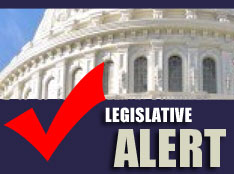 The new legislation, SB 262 in the Senate and AB 329 in the Assembly would set bail at $0 for misdemeanors and low-level felonies in California.

The bills would require that money paid for bail or bond is refunded when the charges are dropped, a case has been dismissed or if the person has not missed any required court appearances. The legislation also states that it is the Legislature’s intent to ensure that a person is not kept behind bars pending trial simply because of their inability to afford bail.

“Justice is tenacious. Anyone who thought last year’s deceptive campaign by the money bail industry would stop California’s march toward a safer, more just system was gravely mistaken. Even the bail industry knows that cash bail is profoundly unconscionable. Fundamental fairness and basic human decency demands we make decisions about who stays in jail on the facts of the case and the risk to the public, not the balance of someone’s bank account. This fight is only beginning, and we’re in it for the long haul.” – Senator Bob Hertzberg (D-Van Nuys)

“Reforming California’s unjust and unsafe money bail system remains a critical priority for me. The jailhouse door should not swing open and closed based on how much money someone has. There is no disputing the present system wrongly treats people who are rich and guilty better than those who are poor and innocent. The status quo is indefensible and disproportionately impacts low-income Californians and communities of color. Money bail epitomizes unequal justice and we must continue our fight for equal justice under the law.” – Assemblymember Rob Bonta (D-Oakland)

“Our current money bail system allows wealthy people to post bail and go home, while low-income people must remain behind bars. This is true regardless of the type of crime committed or the likelihood of being convicted. SB 262 and AB 329 will help right these wrongs.” – Senator Nancy Skinner (D-Berkeley)

Each day, about 63% of people in jail in California (approximately 46,000 people) are either awaiting trial or sentencing, according to the Public Policy Institute of California. A large percentage of those people are only in jail because they cannot afford to post bail or bond. The over-policing of communities of color and structural and historical barriers to wealth building means that a disproportionate number of Californians in this circumstance are people of color.

For those who are not wealthy, paying for bail comes at a great cost and whole families suffer, as they take on long-term debt to purchase their loved one’s safety and freedom. According to an Ella Baker Center survey, 83% of family members who take on a loved one’s bail and court-related costs are women.

The introduction of SB 262 and AB 329 is in response to Prop 25, which successfully repealed SB 10, a law co-authored by Senator Hertzberg and Senator Skinner, enacted by the Legislature in 2018 and signed by then Gov. Jerry Brown. SB 10 would have eliminated money bail for all criminal charges, requiring courts to use only a risk assessment process that the huge majority of California courts already have in place in addition to bail.

The bail bond industry, realizing that SB 10 would have ended their ability to profit off the unjust money bail system, spent millions of dollars to put Prop 25 on the ballot in last November’s election. Prop 25 was deliberately confusing. The bail bond industry’s misrepresentations worked, and, despite polling showing a significant majority of Californians oppose the money bail system, the bail industry succeeded in overturning SB 10.

SB 262 and AB 329 take a different approach to reform money bail than SB 10 in that these bills would not eliminate money bail, but rather set bail at zero dollars for misdemeanor and nonviolent felony charges. For all other crimes, the new legislation would require the California Judicial Council to create a uniform bail schedule with standard bail amounts statewide.

The new legislation would also require people who pay bail to receive a refund, minus a small surcharge that is retained by the bail bond company, if the charges against them are dropped or if they attend all mandatory court appearances. In addition, the legislation states that it is the intent of the Legislature to enact further changes to ensure that a person is not held in custody awaiting trial because they cannot afford bail.

SB 262 and AB 329 are supported by a wide range of organizations, including Californians for Safety and Justice, Western Center on Law and Poverty, and the Anti-Recidivism Coalition.